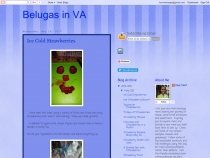 A family plays games to have fun.  They play games not to win or pass the time but to enjoy each others company.  A family plays Watch Ya Mouth Throw down version to entertain themselves and maybe drool a bit. 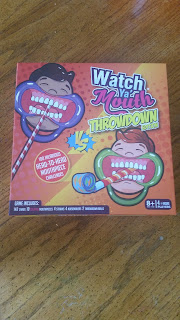 This family game is a newer version of Watch Ya Mouth.  It still has made the 2017 toy of the year which should tell you something.  If that's all I had to say pick up your game now with this 15% discount using this code: 15THROWDOWN. It's available here!

Four of us with an audience played the game the other day and had a blast.  So much so it was talked about before bed and then the next morning over breakfast! It wasn't about winner or losers it was about the fun and laughs we had. 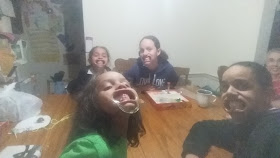 This game got us all looking silly together so that evens the self conscious part.  Age didn't really matter except for some tasks required on the cards.  Otherwise this game easily makes playing a game just about the game.  There is a winner after 4 rounds by declaring he who has the most cards wins but it was never about that at least for us.

Now let's get serious about the game!  The game states it's for ages 8 and up.  There are cards to read and tasks to complete.  My son utilized grandma who was watching us to tell him what the card said. Problem solved.  The game comes with various other props you may be called upon to use. Some easy items you may also need to supply yourself. 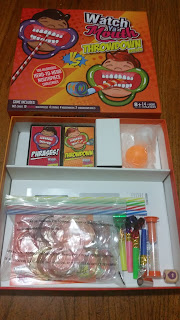 Wash the appropriate items that will be make mouth contact, read the directions designate who starts based on hygiene and begin! 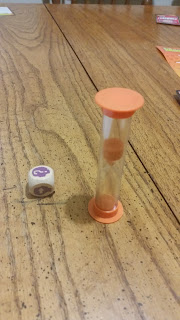 Nothing is ever not a race.  You not only have a mouthpiece in but, you also get timed! 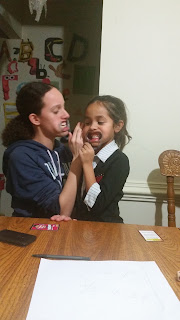 Secrets had to be shared but, if you guessed it you got the card! 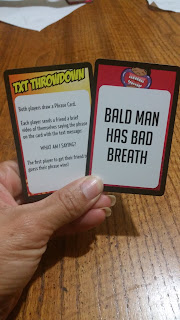 We even had to phone a friend! No one won that one. 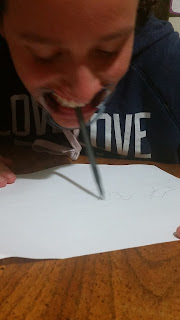 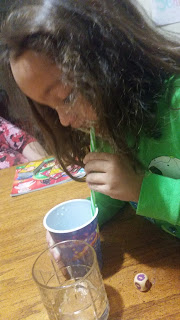 Water transfer was very interesting and our last highlight of the night!
I believe with certainty that this 2017 game of the year was the right decision.  I have never had so much fun playing a game before. It was nice to play game that everyone could play and wasn't too mature for young kids to play and to "cool" for older kids to play.
I was provided this game complimentary for review purposes but all experiences, opinions and fun were my own!
Leave a Comment
submit a review Join our blog team

Proud Member of The US Family Guide Network